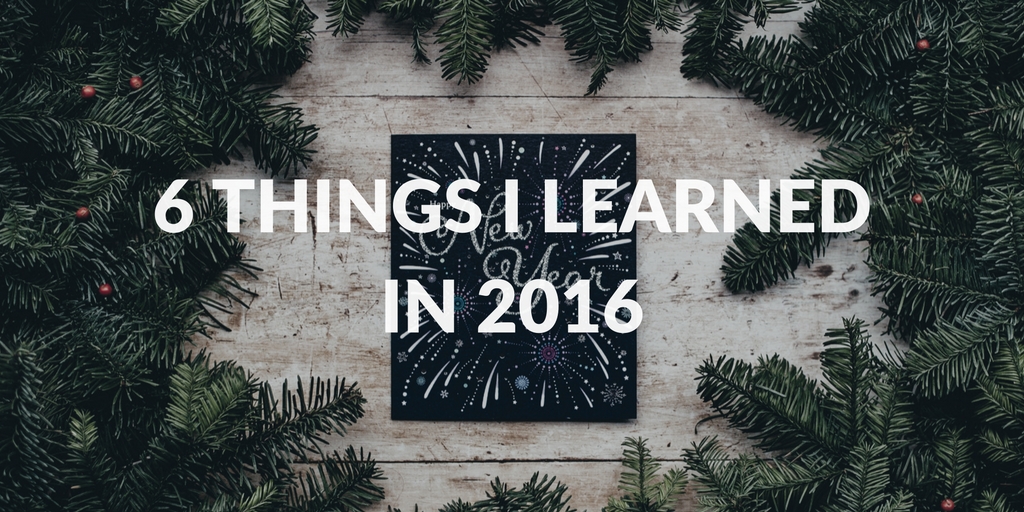 I was recently listening to an episode of The Tim Ferriss Show in which Tim explained that rather than setting resolutions as the new year approaches, he takes an inventory of the things that he experienced in the past year and the lessons that he learned from them.

The Laughter family has been through a lot this year, so I thought a similar exercise would be helpful for me to process some of the experiences I’ve had this year and extract some lessons that I’ve learned from them.

In February, I moved my wife and kids 200 miles from home to be a part of a pastoral development program at The Summit Church. The Pastoral Apprenticeship at Summit is a two-year program designed to take men with some ministry experience and develop the head, heart, and hands with the skills needed to serve the church as a lead pastor.

It wasn’t an easy decision, and after the opportunity arose to be a part of this program, our family wrestled with it for several months.  After all, we were serving in the church that we called home, living in my wife’s hometown just minutes from her family and friends, and life was comfortable.

Yet we knew that God had called me — called us — into ministry to serve the church, and we were presented with an incredible opportunity for me to grow as a pastor under the care of the church in which I was saved.  To be honest, we believed that we could have been obedient to God’s call on our life either way, but we chose to step out in faith to serve the church and the people of Raleigh-Durham in our new role.

2. Get used to the idea that God is a better strategic planner than you are.

After being a part of the apprenticeship at Summit for a few months, we started to see church planting as a potential future for us.  The plan was all laid out.  I would finish out our two year program, join Summit’s church planting program, and be sent to plant a church.

Or so I thought.  The catch is that we’re still covered up with student loans and no respectable sending organization would send us to plant a church with our level of debt.  After looking at options with the guys who were mentoring me, we decided — with me kicking and screaming — that the best thing for me and for my family in this season of life was to drop out of the program and focus on work.

I had all but closed my business to be a part of this program, and I had no intention of finding myself back in the world of business and entrepreneurship.  But the Lord’s plans are better than our plans, and he works all things for the good of those who love him and are called according to his purpose.

I sure didn’t have that outlook as I went through the experience, but I would soon begin learning that lesson.  Even so, it would first take another setback.

3. Realize that failure is only failure if you fail to learn from it.

As I faced the reality of re-entering the business world, I remembered a project that I had started — and shelved — when I owned my agency.  It was a product that helped churches set up and maintain their church website.  I had completed a prototype and I had a couple of churches using the project, so I decided the quickest route to re-launch a business would be to pull that product off of the shelf, blow the dust off, and get back to work.

I immediately set about hiring the team.  I brought on a developer, a social media manager, and a designer.  I sketched out an org chart, designed the marketing models, the whole nine yards.  The only problem?  I had a half baked product and no customers.

Fortunately, another opportunity presented itself in a program called Groundwork Labs.  Groundwork Labs is a startup accelerator, designed to help startup founders — like I aspired to be — validate their business ideas and get their product development off the ground.

Over the course of the two-month program, participants were required to interview 50 to 100 prospective customers about the problem that the founders had hoped to solve with their product or service. Fortunately, I had several connections in the church marketing space, and getting interviews was pretty easy.

Unfortunately, the more people I spoke to, the more I realized that my product wasn’t one that they needed or wanted. I had made assumptions about what my customers wanted, and I had guessed wrong.  After I completed the program, I scrapped the idea that I had spent my time and money on.

It wasn’t a loss, however, because I learned a lot about my customers and my product in the process, and I discovered some problems that I hadn’t considered before, and it turned out that I had all of the raw materials necessary to build something that people needed.

4. Entrepreneurship is an exchange of value — and there is tremendous value in doing great work for the people you serve.

With my new understanding of the marketplace, my customers, and my talents, I set about solving problems for people who were like me.  I had started work on my church website project when I was the executive pastor of a small church in my home town, and I built it primarily to “scratch my own itch.”

The more I spoke with people like me, the more I realized that other people had similar problems that I had.  So I offered to solve their problems.

Early in the process, I took every opportunity that was related to church websites that I could find.  Design, development, social media management — it didn’t matter.  I wanted to provide value, learn from people in the process, and create something that could really solve their problems.

After working on a few projects, I had built a set of tools that made building and managing a church website easier for me, the developer.  And as I got to know other church communicators and freelance web designers and developers, I realized they could benefit from what I built, too.

That’s how Churchly was born: by refining the byproducts of work that I was already doing and packaging it to help others, too.  I also realized through the process that I didn’t necessarily need to build a “startup” — complete with org chart and staff — to do meaningful work and provide for my family.

And, for the most part, I’ve enjoyed it.  I had dreaded going back into the business world and dealing with all of the activities that I didn’t really want to do — invoicing, business development, dealing with “those clients…”  But by bringing my vocation (web development and digital marketing) closer to my passion (serving the Church), I significantly improved my quality of life.

And when you do what you enjoy, more opportunities come…

There is something to be said about being content and faithful to what God has given you.  I had thought that it was my time to enter full time vocational ministry.  God gave me something different.

I won’t lie — I wasn’t happy about it.  In fact, I was downright bitter at times.  But the more I was obedient to what God had given me, however begrudgingly, the more I saw God’s faithfulness in the path that he had set me on.

Over the past few months, God has blessed me with opportunities that I never would have imagined.  I’ve literally been handed some great relationships and web development projects — projects that will go a significant way toward helping us pay off our student loans and get back to the ministry that we believe God has ultimately called us to.

6. Plan for the future, but be open to where God is leading you.

If I can sum up the theme of 2016 in one sentence, it would be this: Plan for the future, but be open to where God is leading you.

That’s how I’m going into 2017.  I’m laying my plans down, taking step after step in the direction of the path that God has set me on, and rather than trying in vain to predict the future, I’m letting God and his word be a “lamp to my feet and a light to my path.”  I’m doing my best to view everything around me through that which he has promised to me as a child adopted into his family through Christ, and trying to process my experiences through the lens of the gospel and his plan to make me more like Jesus.

What have you learned this year?

Will you take the time to reflect on 2016 and take an inventory of your lessons and experiences?  If you’re bold, will you share the lessons that you’ve learned in the comments below?