Can the Bible be trusted? The case for Biblical integrity.

One of the more common objections to Christianity that I hear from my non-Christian friends goes something like this:

The Bible has been translated and mistranslated over thousands of years.  We can’t know what the original text said; therefore, it can’t be trusted as authoritative.

If such an objection were true, it would be an excellent reason to call into question the basis for the beliefs of billions of faithful Christians around the world.  If there is a God, and if that God did reveal Himself to mankind, it would be important to have at least a plausible understanding of that God’s nature and His will in order to put the full weight of one’s faith into following Him.

If the Bible is corrupted, our faith doesn’t mean much.

Fortunately for my Christian and non-Christian friends alike, objections like this demonstrate a faulty understanding of the history of the Bible and how the modern translations of the Bible have come to be.  There are a couple of fundamental misconceptions with this argument.  They are as follows:

Note that whether the Bible is, in fact, the Word of God is an entirely different matter, and I’ll be addressing the issue in a later post.  Also, this post isn’t meant to be a thorough refutation of every possible argument.  Instead, in this lay refutation, I simply aim to demonstrate that the textual evidence we have available suggests that the text that we have available in modern translations can and should be deemed as reliable.

Objection 1: The Bible we have today is the product of a series of translations

They seem to think that the Bible has “evolved” like this.

There are a few fundamental issues with this view of Biblical translation that render the argument false.  First, modern translations of the Bible are translated from the oldest texts we have available.  As time goes on and older and older manuscripts are discovered, our translations get better, not worse.

Not only does the wide circulation of the New Testament bolster claims of its reliability, the manuscripts we have of the text date closer to the originals than any other text from antiquity. The earliest New Testament manuscripts date within a century of their autographs–that is, we can hold a piece of the text that was just one step removed from the original written text.  Specifically, Papyrus 52, a fragment of the Gospel of John, was recorded as early as 30 years after John wrote the original autograph.

By all measures, the New Testament canon is the best preserved collection of documents from its time period.  With such wide circulation and recent transmission, we can reconstruct with remarkable accuracy the text of the original autographs.  Scribal interpolations, as we’ll explore in the next section, are easily spotted and removed from the text.

The Old Testament doesn’t enjoy the manuscript reliability of the New Testament, as the earliest manuscripts we have of the OT date to the 2nd century BC.  There are, however, several indicators that would demonstrate that the Old Testament has, indeed, been reliably transmitted.

[I]f the Bible says something is accurate, well, be very slow to suggest otherwise, because it does have a habit of proving to be right after all.

If the Bible were a late forgery, or if the Bible were tampered with or otherwise poorly preserved, one would expect to find more than a few factual or historical inaccuracies.

Ultimately, for the honest seeker, the textual, historical, and archaeological evidence are on the side of reliability.

Objection 2: Scribes deliberately or accidentally tampered with the text of the Bible

This objection is central to the Islam faith–that the Bible was intentionally corrupted to distort the truth and hence, centuries of Judeo-Christian belief are false.  Proponents of this objection seem to overlook the refutation above and would have to believe that Christians somehow rewrote 2,000 years of history, even documents that predate Christianity by three centuries.

Secular and liberal scholars also toot the “corruption” horn, arguing that scribal errors accumulated over the years to produce an end result that is unrecognizable from the original autographs. 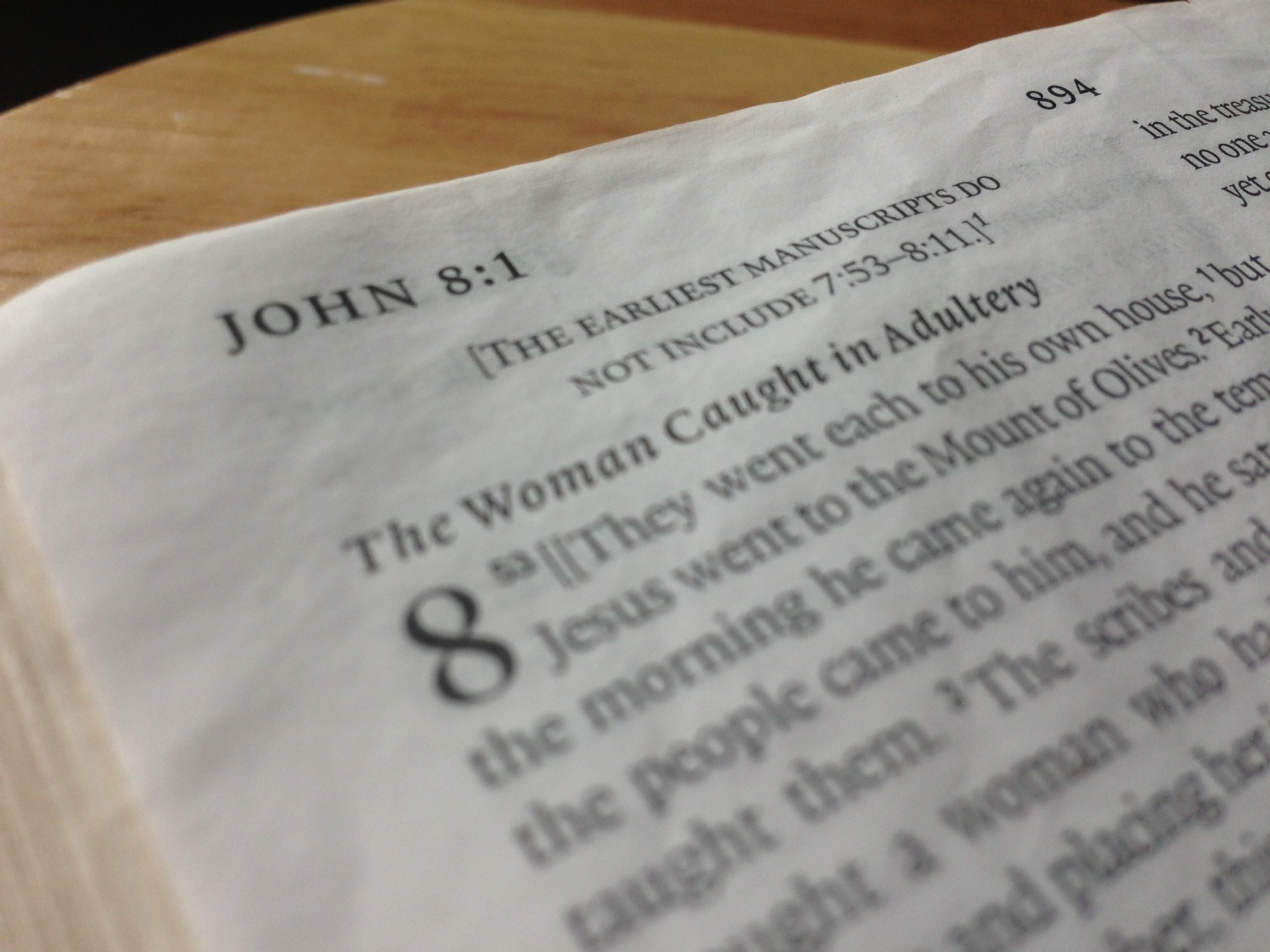 The account of the woman at the well from John 8 is an example of a scribal interpolation and is marked accordingly in modern translations.

Let me start by affirming that scribal errors and interpolations do occur.  Most of these errors are spelling or grammar errors, similar to alternate spellings like color/colour or theater/theatre.  Rarely, short passages have been added to the text by scribes.  Since we have very early copies of the texts, translators can quickly identify any interpolations–these additions are always noted in the footnotes of modern translations.

Objections of this sort can be refuted by examining just a few facts from ancient history.

First, as we have discussed, we have a tremendous collection of manuscript evidence which attests to the reliability of the transmission of the Biblical text.  In order for a scribe to make an error–intentionally or otherwise–that would make it in the Bibles we have today, that scribe would need to edit every single manuscript in existence at the time the forgery was committed.  Naturally, this is an impossibility. Hence, the argument lacks merit. 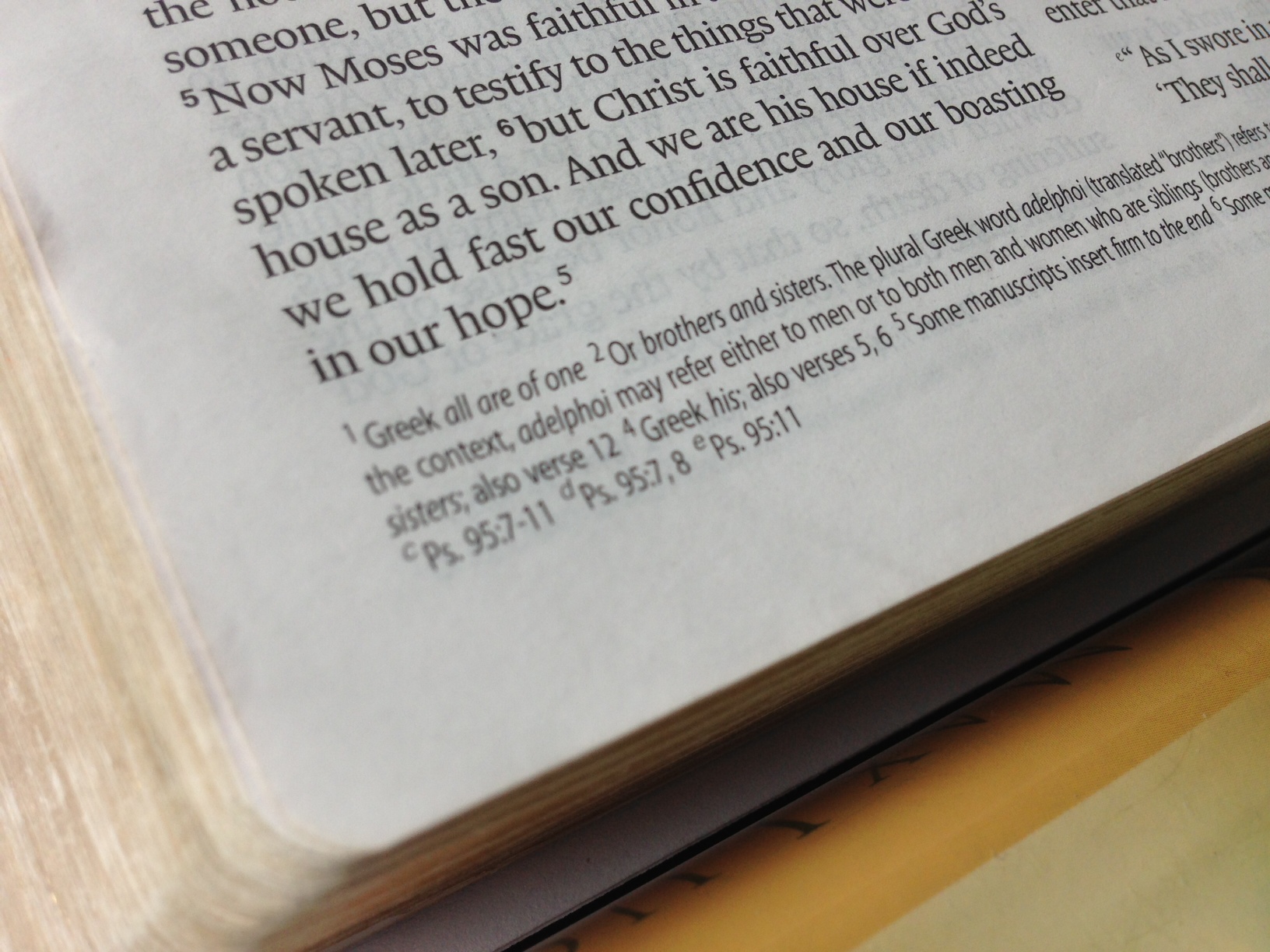 Footnotes that explain subtle differences between manuscripts. There exist no scribal errors or additions that impact any foundational Christian doctrine.

Second, the nature of a scribe’s profession was taken very seriously.  Scribes were highly-educated, devout Jews who believed that the books they were copying were the Word of God.  Documents were routinely checked for integrity, much like quality control in modern manufacturing.  If a scribe made an error, the page was destroyed and rewritten.  If they made too many errors, their job–their livelihood–was on the line.

Still, errors made it through the scribal process, as we discussed above, but those errors can be readily identified and corrected in the footnotes of modern Biblical translations.  There remains no evidence that modern translations of the Bible contain errors or interpolations that affect any foundation Christian doctrine.

In any branch of modern academia, be it the sciences, history, philosophy, literature, or otherwise, a theory is deemed generally reliable if the proponents of that claim can demonstrate that the claim is plausible–that is, if the data suggest that the claim is true–and that the claimants have done their due diligence to ensure that their scholarship is based on the best available data.

Regarding the claim of the reliability of the transmission of the text of the Bible, all of the available evidence demonstrates that the text can be trusted.

Critics of the reliability of the Bible often demand proof–not plausibility–that the Bible has been accurately recorded.  Critics conveniently omit any proof of their claims, instead appealing to their own personal incredulity.

Note that we don’t claim that the Bible has been perfectly preserved.  The doctrine of Biblical inerrancy applies only to the original autographs.  There are some 400,000 errors amongst the 5,500 New Testament manuscripts alone.  We do argue, however, that amongst the spelling and grammar errors, not one error in the Bible affects a major Christian doctrine.

Honest scholars would have to view the text–at the bare minimum–as a reliable historical record from the time period from around 1800 BC to 90 AD.

Does your view of the Bible match up with reality?  Or have you put the weight of your faith in misconceptions about the Bible’s accuracy?  Add your voice to the comments below.