Will you accept the invitation? 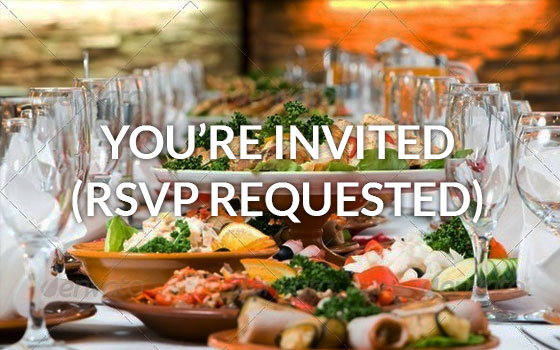 Suppose you received an invitation to a party thrown by a well-known and respected host. The invitation contains all of the details about the party: the host, the location, and how to get to the venue.

Now, suppose you have a prior commitment and can’t make it. Or perhaps you just don’t like the host and refuse to show up. Maybe you don’t even believe that the party is going to take place, so you throw the invitation in the trash and forget about it.

As the day of the party gets closer, you hear friends talking about their plans to attend. You hear how excited they are that they would have received an invite from a host of such prestige. You hear word of the host’s kindness, the great works that he has done in the community, his heart for the marginalized and the poor.

But you choose not to attend. It’s not that you didn’t receive in invitation; you did! But you chose not to go.

Do you get angry at the host? Are you jealous or critical of those who accepted his invitation?

The Parable of the Great Banquet

This is the point of the Parable of the Great Banquet that Jesus tells in Luke 14. In the parable, a great man prepares a banquet for his invited guests, but when the day of the party arrives, they make excuses for why they cannot come.

“I have an important real estate transaction.”

“I have an important business deal.”

“I’m a newlywed, and I want to spend time with my wife.” (Because what new bride wouldn’t want to go to a fancy party?)

So the host, not wanting his preparations to be in vain, sends his servants out to fill the banquet hall with anyone who will receive his invitation. Some come. Others choose not to.

Let me encourage you: as long as there is breath in your lungs, it’s not too late to accept His invitation. The great gift of eternal life with Jesus is available to all who put their faith in Him, turn from their sin, and follow Him.

The King has sent the invitation. Will you accept it?