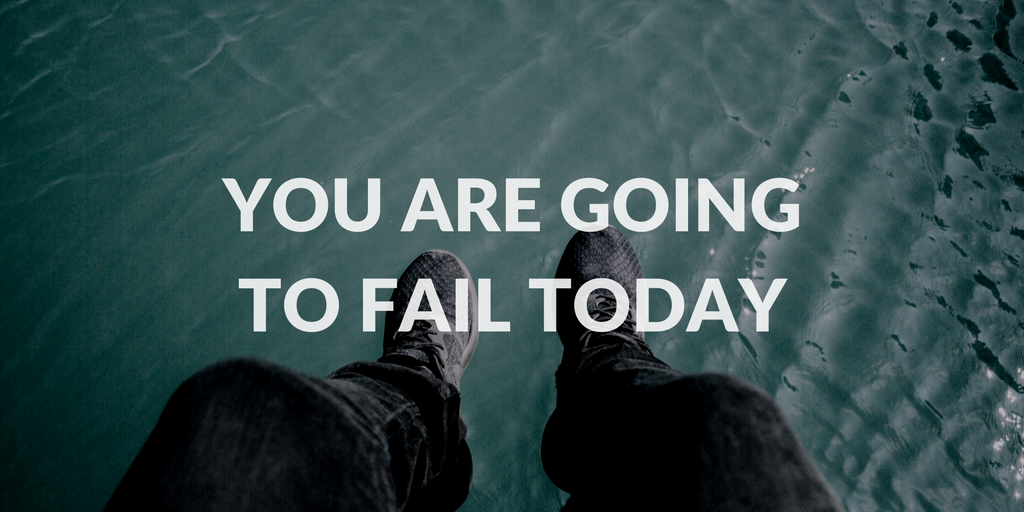 But you’re going to fail today, and the thing is, you can’t predict what it will be or when it will happen.  It could be messing up the big proposal at work.  It could be flunking the exam.  It could be missing a teachable moment as a parent.

What are you going to do about it?

There are two things that you can do:

Prepare for failure before it happens

Next time you undertake a project, however big or small, ask yourself, “What is the worst that could happen?”  And then prepare for it.

Psychology tells us that we tend to overestimate our competence and downplay our weaknesses.  Despite our best planning, there are hundreds of variables that we can’t predict that may affect our outcome.

So prepare for failure.  That doesn’t mean anticipating that any particular endeavor is going to fail; that just means acknowledging the potential for failure and having a plan to minimize the downside if it happens.

Learn from failure when it happens

Thomas Edison, perhaps the poster child of failure, allegedly failed more than 1,000 times before he created a working light bulb.  Even so, he reportedly said, “I have not failed.  I’ve just found 10,000 ways that don’t work.”  Get more quotes about failure »

One of my favorite stories comes from an IBM executive who had made a mistake that cost the company $200,000. “I suppose you’ll be accepting my resignation,” he said after he delivered the news of his failure to his boss.  “Resignation?  I just invested $200,000 in educating you!”

When you begin to view your failures as learning opportunities, you realize that there is no such thing as failure.  Instead, each event that you interpret as a failure becomes a positive step in the right direction if you are willing to learn from it and press on.

Bonus: stand firm in your identity.

The reason failure can be so devastating is that we tend to put our identity in our achievements.  (Or maybe that’s just me.)

For the Christian, however, your identity has never been in your success or failure at anything in life but in the completed work of Christ.  You may experience failures in your day-to-day life, but God works those failures for your ultimate good and for his glory.

And we know that for those who love God all things work together for good, for those who are called according to his purpose. — Romans 8:28

For the Christian, success is guaranteed, perhaps not in the ways that you would expect today but in your eternal significance tomorrow.